You are here: Home1 / Latest News 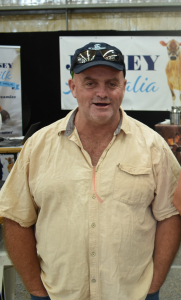 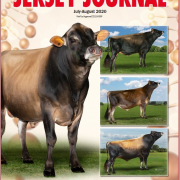 The July / August 2020 edition of the Australian Jersey Journal is out now and available for download.

In this edition, we 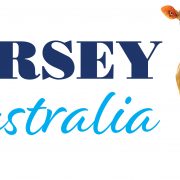 This year Jersey Australia breaks new ground in hosting their AGM via video conference for the very first time. While an exciting and new way to host the AGM, we certainly look forward to returning to the more conventional face to face meeting and conference in 2021.

Jersey Australia will be using Zoom to host the Video Conference and we provide below the meeting information.  Please note that if this is the first time you have used Zoom, you will be required to download some software to your computer.  When connecting please ensure that you select the join with audio and video.

Ensuring you and your workers come home to your family and friends each day is a critical workplace requirement and to support members, Jersey Australia is pleased to have entered into a partnership with Safe Ag Systems to provide their work place safety management system to members and enthusiasts at a 10% discounted rate.

Safe Ag Systems operates digitally from your desktop and smart phone and provides you:

Near Miss and Incident Reporting 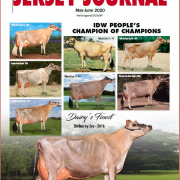 The May / June Edition of the Australian Jersey Journal is out now and currently only available on line. 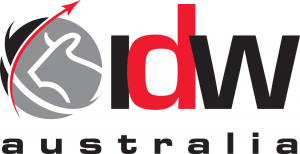 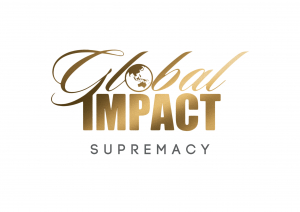 Jersey Australia together with International Dairy Week and Global Impact Sale are pleased to announce that the distribution of funds from the IDW Bushfire Appeal has commenced providing significant direct cash support to affected dairy farmers in the Cobargo and Nth East Victoria region.

With the generous support of the Herd Improvement Industry, Dairy Farmers and Dairy Supplier and the even more generous support of those who purchased items from the Silent Auction, Cattle Sales and donations received from across Australia as well as around the world, approximately $113,000 was raised to provide direct financial support to dairy farmers

$50,000.00 of the funds raised has already been provided to Renee and Harley Salway, Renee tragically lost husband Patrick and Harley’s father who was killed with his father Robert in the fires at Cobargo to support the family through this time and into the future.

The balance of the funds is being distributed direct to 12 dairy farmers. 6 in the Cobargo region and 6 in Nth East Victoria

Jersey Australia General Manager Mr Glen Barrett said “Jersey Australia was proud to get behind and support the appeal.  The bushfire were a significant tragedy across the dairy farming community.  The tragic death of Robert Salway a long member of Jersey Australia with the well-known and regarded Wilgo Stud and his son Patrick was devastating and felt across the Association.

“We cannot thank all donors, buyers and supporters of the appeal enough” said Mr Barrett.  “and it certainly makes you swell with pride to see the dairy community come together to provide such amazing support when a lot of the industry has been challenged by long term drought, water shortage and below par milk price”

Director of IDW and Dairy Livestock Services Manager, Scott Lord said “it was a pleasure to have the dairy community support the bushfire appeal that we conducted during International Dairy Week. The funds raised via the auctions conducted as well as the many cash donations from Australia and overseas show that as an industry we care about our own. We are proud to be associated with such outstanding results and most importantly funds are getting to those in need in a timely fashion. On behalf of International Dairy Week, I sincerely thank all involved in this magnificent appeal.”

Declan Patten, Sales Manager for Global Impact Sales said “When we heard about the devastation that happened during this bushfire season we knew that we had to help. It was fortunate that this year we were hosting our very first auction at IDW and we knew we had a platform to help others in our dairy community. We are overwhelmed with the support received and couldn’t be prouder of the dairy community coming together during this difficult time.” 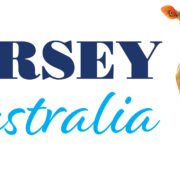 Jersey Australia advises that from today, a number of changes will be put in place to manage our office operations and services to members in line with imposed restrictions relating to coronavirus, whilst mitigating risk to staff and the wider community.

What does this mean for Jersey Australia and our members?

We will do our very best to keep members informed of all matters as they arise and change.Kind Regards

Jersey Australia, in consultation with the Sunshine Coast Jersey Cattle Breeders Club and Jersey Qld,  wish to advise that the 2020 Jersey Australia Annual General Meeting and Conference, scheduled to be held in Noosa on June 2nd – 5th 2020, has been postponed due to the current Coronavirus pandemic.

While not an easy decision to make this far out from the event, we are in an unprecedented and rapidly changing situation with no ironclad guarantee that further travel and congregational event restrictions will be enforced.  The Board and organisers considered it appropriate to make this decision to prioritise members health and prevent unnecessary cost outlay that may not be recoverable.

Jersey Australia encourages all members to take appropriate steps as prescribed by the World Health Organisation and Federal and State Government Health Departments to maintain good health and hygiene for yourself, your family and your community during this time.

Jersey Australia will continue to plan an AGM to be held later this year in accordance with our constitutional requirements, which may include a meeting utilising video or teleconferencing.

We thank the Sunshine Coast Jersey Cattle Breeders Club and Jersey Qld for their efforts to date in putting together an exciting conference for members. Rest assured we aim to take our AGM and Conference to QLD when possible.

Should you have any questions or concerns please contact myself or Glen Barrett.

The nominations for the award are required to be submitted to Jersey Australia by clubs by no later than the end of March 2020  via email to jersey@jersey.com.au 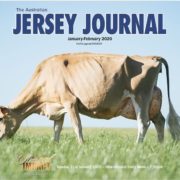 The Jan / Feb Jersey Journal is out now and is a bumper edition.  We turn our focus to Queensland and preview the JA 2020 AGM and conference, profile young member Clinton Keir and here from JA(QLD) President Tim Beattie on the impact of the ongoing drought and its ongoing affect on dairy farming in Qld.

Also in this edition Margaret and John Cockerell who have recently joined the Ginfo project tell us how data is driving their decision making, take  a snapshot of some of the interesting articles from the Journal during the 1990’s.  There is show and class results and much more.